Zulu were asked to produce an advert to be used by the Birmingham Community Safety Partnership in conjunction with West Midlands Police. The partnership already had a very clear brief of what they needed to achieve and asked Zulu to realise that for them.

The advert was designed to deter potential thieves from breaking into car parks in local shopping areas, it also was intended to raise customer confidence in leaving their vehicles whilst out shopping within Birmingham.

The advert required a car park with one of the car parking bays occupied by a giant rat-trap. The shot was to be presented at nighttime and have a gritty realistic look to it. The shot was captured and put together over several days and a variety of locations, in order to deliver this striking image. 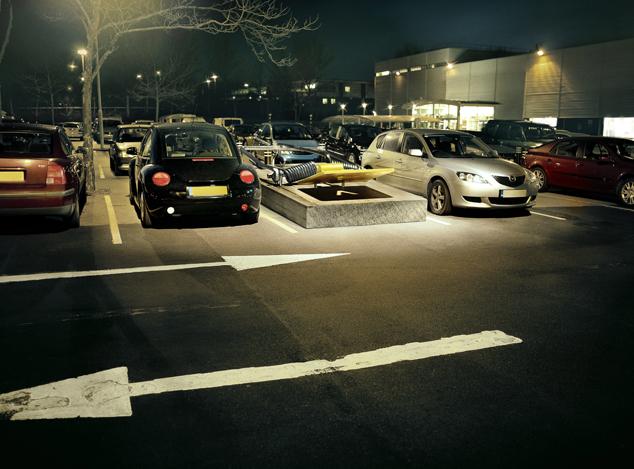