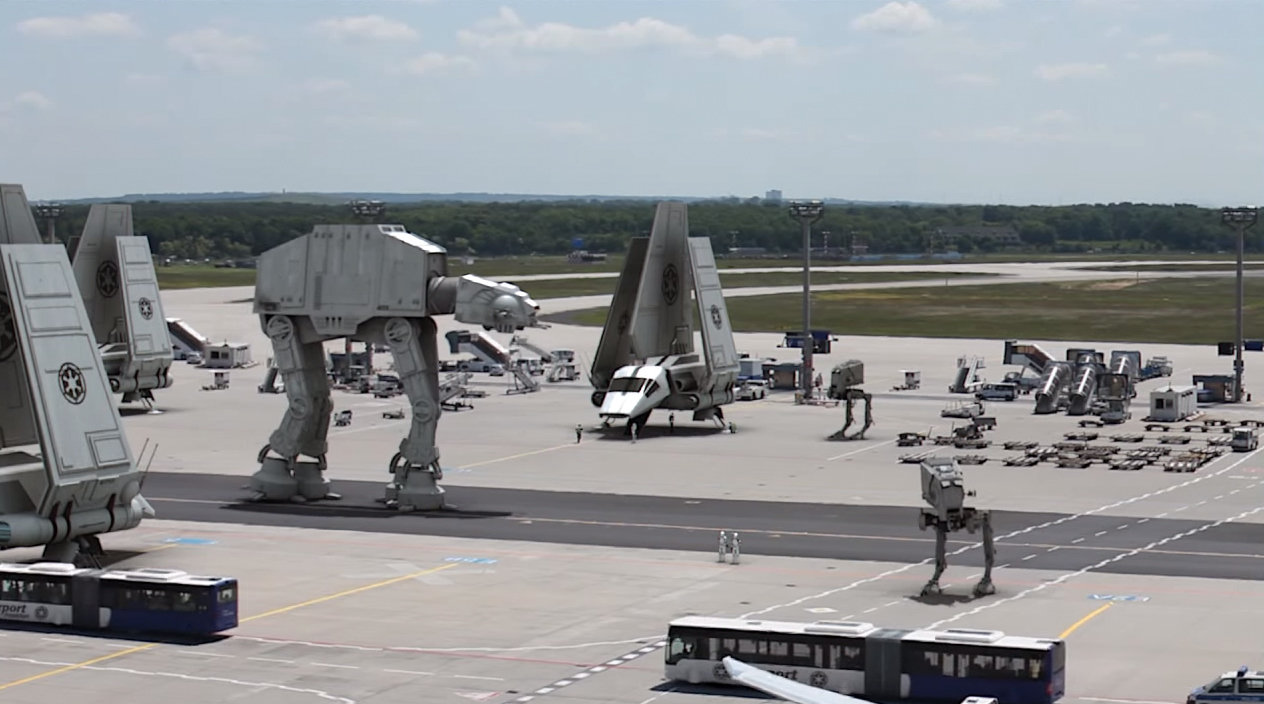 This is without doubt (if you're a bit of a star Wars fan) the single greatest piece of Star Wars footage ever.

This short clip which was uploaded to YouTube just a few days ago has got the internet buzzing. Frank Wunderlich has created possibly the best viral promotion for a film we've ever seen and as far as we know, he isn't even employed by Disney.....after this, they'd be mad not to offer him a job.

The setting for this genius material is Frankfurt Airport, Frank says "Looks like the Story of Star Wars plays on Earth too in the next Episode. I took these pictures on my Flight back from the States to Germany at the Frankfurt Airport. Seems like the biggest german airport plays a key role as an imperial starport in the new episode -- there have just been imperial forces at the scene.
Maybe the Rebelboys hide in Berlin... :-D"